skip to main | skip to sidebar

This site is dedicated to honest gun reviews; gun related gear; knives; reloading; and clothing of the trade. Enjoy your visit and watch some Burn Notice clips and please leave comments!

Pros: Easy To Store, Powerful, Easy To Use

Best Uses: In The Workshop

This makes my second Dremel. My other Dremel after 20 years is still kicking. It is a corded unit so I wanted to try the cordless version. So I went with the 8200 series. Works great; lots of power; well built; and feels very robust. I do wish the battery would go a bit longer. May have to invest in a second battery for those long jobs. But overall, this unit works like a charm.

Posted by Mike at 9:58 PM No comments: Links to this post

I also have some 9mm and .45 ACP as well as .357 Sig brass in varying amounts. If your interested I will make you a great deal! I just want to unload all that I don't shoot.

I hope everyone had a great Christmas and New Year so far! I hope to get into the garage and begin tweaking the 125 grain loads for the .357 to find a recipe that works.

When it warms up a bit more I will do this and get to the range and post results. 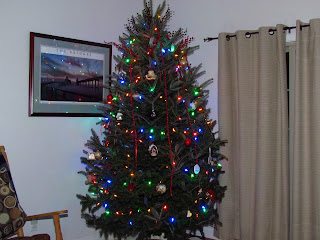 Well, alot has happened this year for our family. An international adoption is the main event in our life that has changed our dynamics for sure. Everyone is doing well and minus the GI bug we have passed along to each other we will survive another Christmas season I hope.

I plan on doing some experimental loads (actually increasing charge loads) to get a promising 125 grain plinker round for the .357 for range time.

I hope all is well with you and your families and have a Merry Christmas. Come back after the New Year and I will once again begin sharing load data on my quest to find a perfect match on the 125 grain loads.
Posted by Mike at 10:35 AM No comments: Links to this post

I have found the 125 grain copper plated Rainier's I loaded to not function as I had hoped. I have been having issues with these loads creating excessive fouling and unburned powder in the GP100.

I took to the range 158 grain Hornady XTP's loaded with 14.5 grain Accurate #9 powder with CCI550 primers (magnum primers) to function flawlessly. The recoil over the 125 grain is more noticeable but very managable.

I have consulted the manuals and will work these loads up 13 grains of Accurate #9 to hopefully prevent this issue and make hopefully for an all around paper punching round. So stay tuned for these findings in the future.

Until then, have a great Christmas and New Year!
Posted by Mike at 3:56 PM No comments: Links to this post

Well this is one week late but none the less I finally found range time with this little .380 pistol. I fired approximately 100 rounds of 95 grain FMJ's from the little pocket pistol loaded with 4.2 grains Power Pistol powder. I have to say this gun was a little kicker to a degree.

The magazines inserted easily and the rounds cycled with no issues with only one stove pipe. I assume that cam from me limp wristing the pistol.

The recoil was like I stated noticeable but managable in my hand.

There was no excessive fouling or unburned powder when I inspected the ejected casings and barrel and magazine well.

No misfires or squib (underloaded) rounds as well.

The patterns were fairly consistent from being shot at 7 yards. I kept most rounds in a 6" circle while trying to get familiar with the pistol and finding the best hand placement for the gun.

Once I found a hold I favored I placed a target just beyond 7 yards with four individual 3" circles.

I fired at these targets center mass and most shots were within 1.5"-2" of the center.

My hand was somewhat feeling some recoil fatigue because it does pack some kick but overall a great little pocket pistol for sure.

The cleanup of the pistol was easy and back in service in about 15-20 minutes!

If you really need a very small .380 caliber that is accurate for what it is and performs with great reliability then Ruger has one for you.
Posted by Mike at 3:40 PM No comments: Links to this post

Well the much anticipated range date is coming this Friday for the little Ruger LCP! I have a few hundred rounds loaded and making a few more......not hundred! The load I am testing is a 95 grain jacketed bullet with Power Pistol powder at 4.2 grains. Most COAL fall between .979 and .982 which is within limits set forth by the Lee manual. This should put the little bullet down range roughly around 968 fps give or take. No chrono so I will not be able to give feedback there, sorry. Mainly I wish to see how the recoil and feeding of this round will be and overall accuracy at nominal distances one would shoot this gun at in a real life situation. I hope it all goes as anticipated and I am sure it will. I will even be testing some semi-hot .357 loads and will give feedback there as well. So what's been happening????? I have to get my CDL to drive a bureau vehicle that requires one. I have studied and finally took the written part today at the DMV office and passed both basic and air brakes. If I get a passenger rating after I perform the driving portion I may even be able to become a tour bus driver! That is my fall back career! Maybe one of these musical groups that need a driver and will pay big money will hire me. So stay tuned for my write up of this little pocket gun. And as always, feedback is very welcomed and I would love if anyone has range time with this gun to chime in. See attached video of the quick review and nomenclature of the gun.

www.youtube.com/watch?v=WEZDk1wM_XY
Posted by Mike at 4:23 PM No comments: Links to this post

The gun that got away!

You ever wish you had that one gun back you sold or traded? I sure do! This is really an open discussion on the gun that you let slip away and wished you had back. So please post the gun and circumstances why it slipped away and what you liked about it.